Most people understand that dogs are for life – not just for Christmas. But do you know where the slogan comes from? It’s actually the tag line belonging to the Dogs Trust, one of many London charities dedicated to animal welfare.

Up and down the UK, organisations work tirelessly to protect animal rights and protect pets against cruelty and neglect. In this article, we’ll look at five charities devoted to rescuing and rehoming our canine companions.

While DogLost is not strictly a charity, it is funded by donations and staffed entirely by volunteers. When a dog goes missing or is stolen, DogLost’s team help with practice support, lost dog posters and by spreading the word on social media sites. In 2013, the organsation reunited 7,000 lost dogs with their owners all over the UK. Dog lovers are encouraged to proactively register their dogs in case the worst happens. 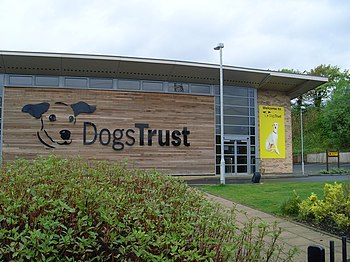 The Dogs Trust is a massive UK dog charity headquartered in London with rehoming centres all over the UK. Founded in 1891, the charity never euthanises a healthy dog. Instead, it aims to rehome dogs brought to its centres, and it also collects as many dogs as possible from council shelters to save their lives and offer them a second chance. Members pay £25 per year and enjoy legal cover and free use of the Vetfone service.

All Dogs Matter is a registered charity rehoming and rescuing dogs in the south of England. It focuses its charity activities in London and Kent. The charity is now in its 14th year and promotes the importance of charities in the fight against animal abuse and neglect. Its patrons include Timothy Dalton and Liza Goddard, and it has an office in London.

The Mayhew is a London-based animal home rescuing both cats and dogs in the capital. It rehomes animals and supports their new owners as they embark on a new life together. The Mayhew also aims to care for pets without passing any judgement on their current or former owners. The organisation actively encourages the involvement of volunteers to raise money.

Based in Kent, Last Chance Animal Rescue works to rescue dogs in the Sussex, Surrey and London areas, and those on ‘death row’ in dog pounds. Like the

Dogs Trust, it does not euthanise dogs. Despite being based in London, the charity is able to rehome to almost any part of the UK, and it takes a fixed donation per animal to help towards its fees. If any rescue animal is not happy with its new family, the charity promises to take it back.

There are many more charities in London dedicated to helping dogs that have fallen on hard times. If you love animals, and perhaps want to mark the passing of a beloved pet, donating time and money to a London charity is a great way to ensure their good work continues.

Sam Wright is a writer and SEO expert. Sam is interested in animal welfare and charity work. If you want to find out about charity jobs in London, Sam recommends the job boards on the Third Sector Jobs website.